In September 2019, the Finance Minister Nirmala Sitharaman had made a deep cut in the corporate tax rate from 30% to 22%. India’s combined effective tax rate was among the highest in the world. After the tax cut, the effective tax rate for all domestic companies has been reduced to 25.17%. India’s base corporate tax, due to this move, is now on par with most Asian countries – increasing its competitiveness in the global market. This move comes in response to the brewing problem of the economic slowdown in the country. The cut in the corporate tax rate was seen as a boon by the corporates in the midst of the growing crisis within the Indian economy.

What is Corporate Tax?

How is the corporate tax levied in India?

Why has the government recently reduced the corporate tax? 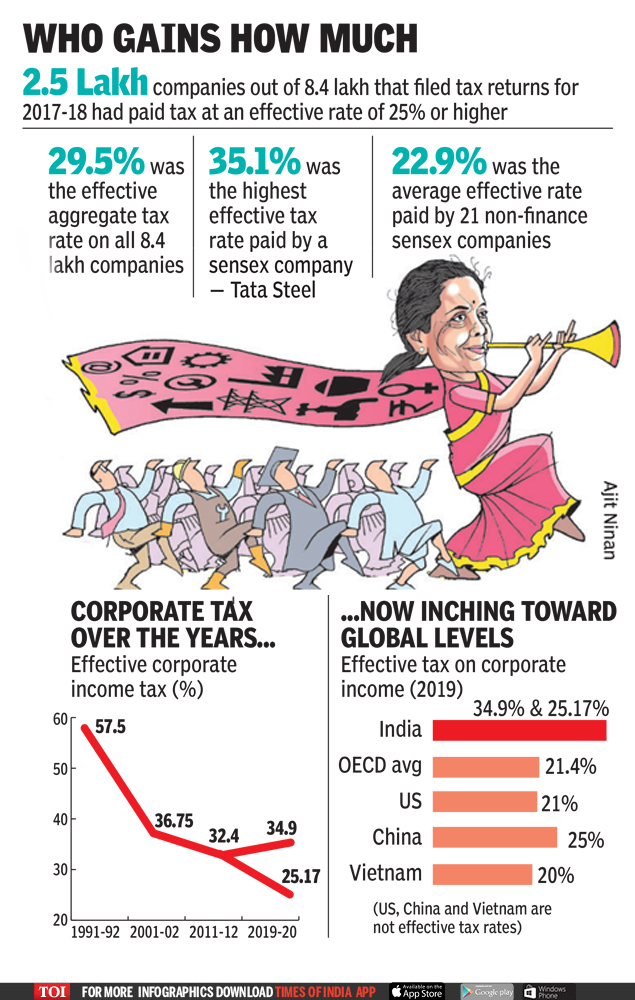 How does this tax cut impact the Indian economy?

Why is this move criticized?

What can be the way forward?

The corporate tax cut by the government is a need of the hour given the growing crisis within the manufacturing sectors of the country. It should be accompanied by economic reforms that promote the ease of doing business within the country so that India can make use of its full potential in the global market.